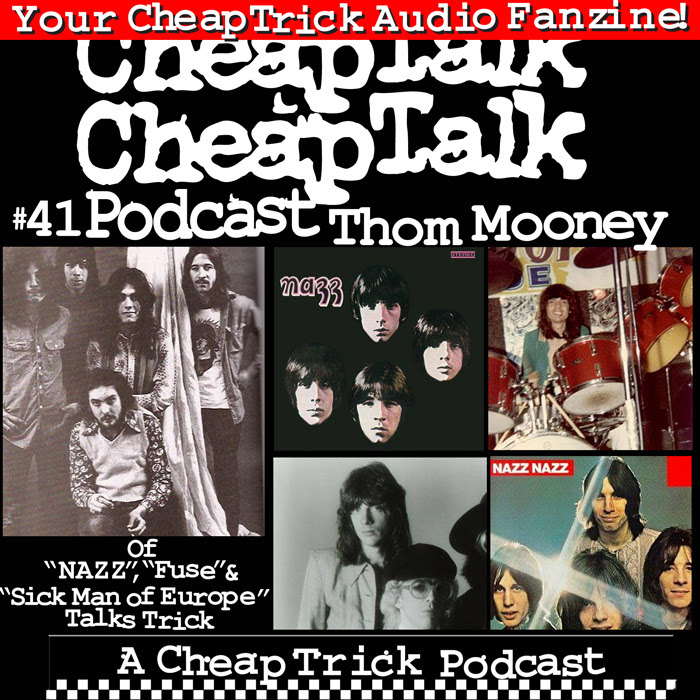 The "Pod Father" Ken Mills & BJ Kramp are joined by Thom Mooney! Thom was the drummer in Nazz and later a member of a transitional version of Fuse as the band morphed into what would eventually become Sick Man of Europe and then Cheap Trick and then later, after Tom Peterson left Cheap Trick and moved to LA, Thom Mooney found himself helping Tom attempt to launch a solo career.
“Like” us on Face Book.
http://www.facebook.com/groups/Cheaptalk/